In Jacquelin’s introduction video, she speaks about her life and experiences:

Jacquelin discusses her life-long interactions with Star Beings and what it’s like to be a hybrid. She also shares about Light Language from the stars and soul. If you are interested in having Jacquelin on your show, you can email her at: jacquelinsmith@jacquelinsmith.com.

Quote from Jacquelin on “The Meditation Conversation Podcast #169” with host Kara Goodwin: 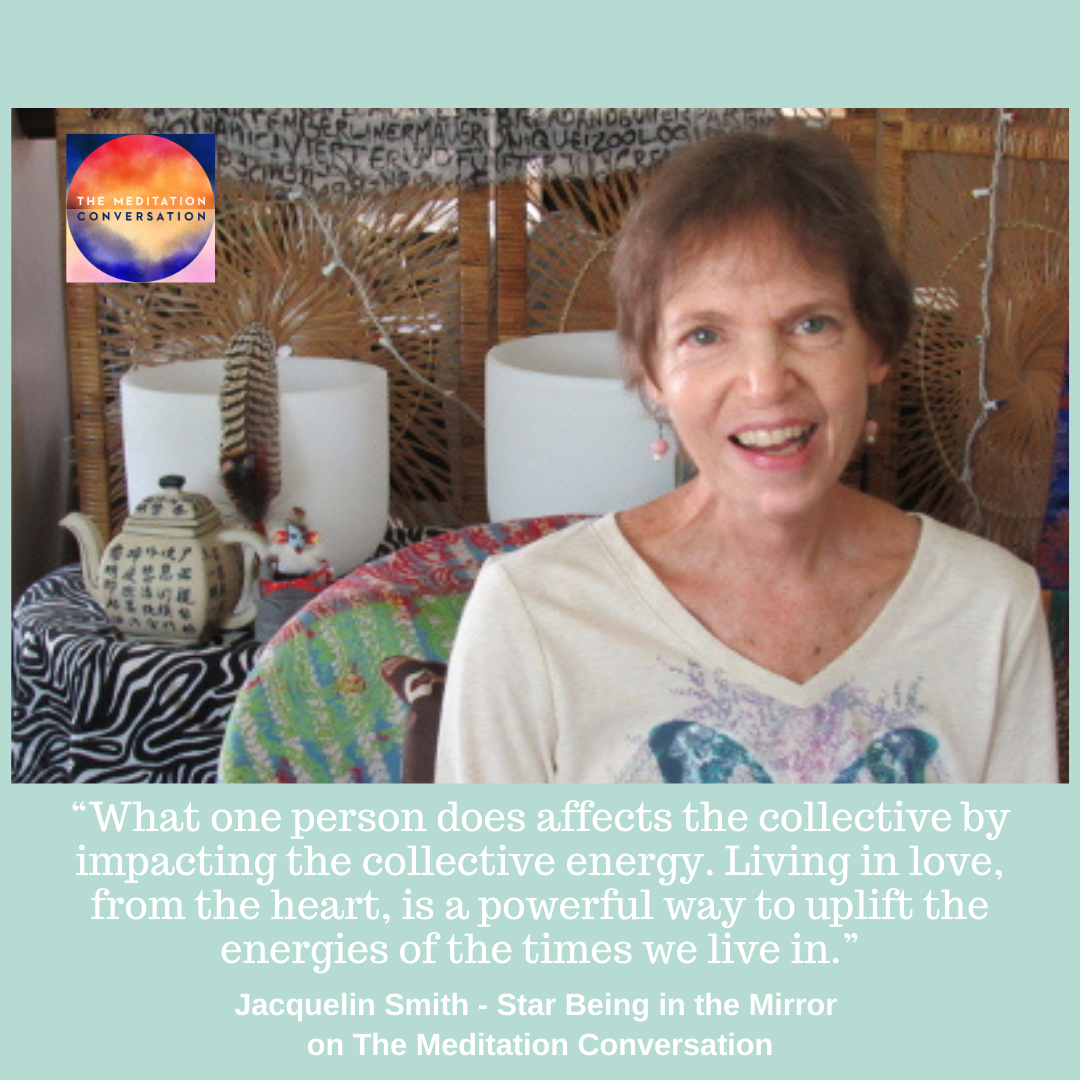 Jacquelin is an emissary and ambassador for the W.I.S.H. Alliance. W.I.S.H was established by Sheila Seppi to support starseeds, hybrids walk-ins, and indigos who choose to serve humanity.

Jacquelin spoke about her life, as did five other hybrids, during Barbara Lamb’s presentation on Hybrids at the International UFO Congress in 2016. It was considered one of the best talks of the conference.

Jacquelin has given presentations on animal communication work at the Midwest Veterinary Conference. Also, she has spoken each year at the Universal Light Expo on Animal Communication and Star Being Communication. Jacquelin is also a regular speaker at the Angel and Alien conference. She was the keynote speaker at the Psychotronics Conference in Columbus, OH. Jacquelin has presented on-line seminars in James Van Praagh’s “Special” chat room. She lectures to various organizations about animals as well as her experiences with Star Beings.

Jacquelin has written articles on communicating with animals and nature for various magazines, including an article on locating a lost cat in Cat Fancy Magazine. She has also written an article on Soul Recovery For Animals that has appeared in, Species Link. She has written a bi-monthly column for FATE magazine. Jacquelin was interviewed by the Columbus Dispatch, The Other Paper, Columbus Alive, and other newspapers and magazines. She also has contributed writings in other books for Brad Steiger and Sherry Hansen Steiger, Penelope Smith, and a number of others.

Jacquelin is the author of Animal Communication, and Star Origins and Wisdom of Animals. Her third book, Star Beings in the Mirror, will be published and available in 2018.

Jacquelin’s article, Communicating With Extraterrrestrials, was the cover story for MUFON UFO Journal in 2010.

Meet The Hybrids
Being with the Beings